Do the Lakers have the NBA's best bench lineup in the early going? 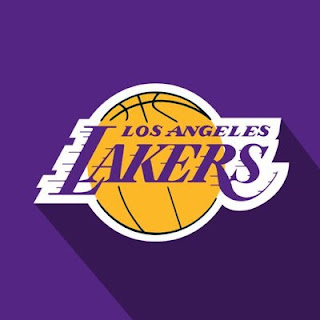 Since the preseason, Lakers Coach Luke Walton has done all he can to keep his five-man bench unit together.

He won’t break up Jordan Clarkson, Lou Williams, Brandon Ingram, Larry Nance Jr. and Tarik Black. Not even when his starters miss games, as starting point guard D’Angelo Russell did in the Lakers’ (7-6) loss to the Spurs on Friday.

“Our second unit’s been the No. 1 bench in the league,” Walton said of why he started veteran Jose Calderon for Russell. “I didn’t want to mess with that at all. So that’s why we did it.”

Is Walton’s unwavering commitment to this group warranted, and it is truly the best bench unit in the NBA?

All 30 teams have played at least 11 games this season and five-man bench units have been a rarity, as most teams either stagger starters with bench players or have had to adjust for injuries. As a result, only 10 full-bench lineups have logged 20 or more minutes together this year.

In fact, only three full bench lineups have played 40 or more minutes together this season — one belonging to the Lakers and the other two to the Clippers.

The Lakers’ main bench unit has played 93 minutes together this season. Right behind is the Clippers’ main bench unit — which includes Raymond Felton, Austin Rivers, Jamal Crawford, Wesley Johnson and Marreese Speights — at 92 minutes. The third group, in terms of time, is that Clippers bench lineup with Brandon Bass in place of Johnson, which has played together for 44 minutes on the year. That is only because Johnson has missed the Clippers’ last three games with a heel injury.

The Clippers’ bench unit is able to space the floor better with Speights providing a three-point threat at center. But the Lakers’ bench unit has regularly gained extra possessions by attacking the offensive glass.

Since they are very similar on paper, one way to separate the two lineups is to compare them to the starters they play behind. That is a bit unfair for the Clippers’ bench unit, which is understandably not as good as the starters on both ends of the floor. The Clippers’ starting lineup has arguably been the NBA’s best five-man combination so far this season.

But this does underline how valuable the Lakers’ bench lineup is, as it has been significantly better than the starting lineup on defense and only slightly worse offensively. The Lakers’ starters have a defensive rating of 109.1 in 156 minutes this season, which means they give up nearly 18 more points per 100 possessions than the bench unit.

Does that mean the Lakers’ bench unit is better than the Clippers’? Not necessarily. Could it mean it has been more valuable so far this season? One could argue yes.